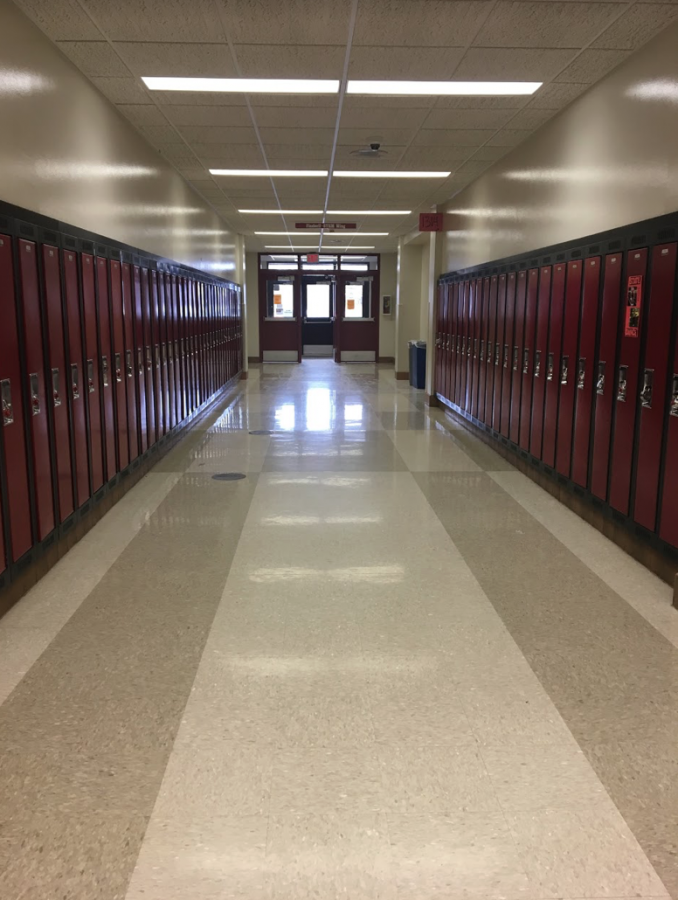 At MHS, you can often find staff members walking through the halls, monitoring what goes on, and checking in with students. These staff members are the MHS Campus or Student Support.

The Campus Support Staff at Middleton is a department that changes and adapts to the needs of the students and the policies of the school. What occurs during an average school day can be hard to predict, so being able to work with a situation on the fly is a key aspect of the Campus Support job. It seems though that these changes are even bigger than day to day adaptations.

The Campus Support Staff shared what their jobs mean in the current school environment. Officer Tyler Loether works as our school resource officer. He highlighted the three main aspects of his job, “One is being a mentor. . .building relationships with students, so they get to know a person behind the badge. Second is a teaching role. . .talking with students and doing interviews. Third is the law enforcement role: safety of the school, deterring criminal aspects, taking in reports. . . sometimes redirecting some of that to a different jurisdiction, so things are taken care of.” He also believes that campus support is “here to support our students. It’s all for our students.”

Loether is fairly new to the Middleton High School community; he started working here at the beginning of the 2017-2018 school year. His ideas about the students’ perception of the support staff are pretty clear, “The support staff is out there, they’re visible, and I think they have good relationships with the vast majority of students on campus.”

Kent Weiler also works with the Campus Support Staff here at Middleton, and his job includes a lot more than just patrolling the halls. He said, “I do anything and everything… there’s a number of responsibilities that we have: watching who comes in and out, signing people in, answering the phone, writing passes. . .I make sure that the building is kept clean and safe.” He also said that he has “a number of different interactions with different types of youth,” whether they are struggling or doing well in and outside of school. He believes that the “number one thing is to support the students in their education.”

Weiler also spoke about a new “Campus Support” handbook written by the staff which will be reviewed within the coming weeks.  Despite only being at Middleton for two years, he has had a part in changing the support staff’s old policies. He explained further, “We went off an old handbook that was there; it was quite outdated, and not using any strategies. I think the old handbook was specifically for — not to undermine the position — a non-professional hall monitor type of position where now we are actually dealing with some more interactions with youth. . . and being involved with their process.”

After interviewing Weiler and Loether, it is still unclear how long these outdated handbooks have been used as a policy reference and for how long they’ve been integrating their new policy ideas into their practices. However, it seems that changes have been and will be taking place in the way that Campus Support functions. As Weiler expressed, the position is asking new things of the staff, and it would seem this logically results in the use of new strategies and a change to the way protocols are being followed.

But what do students think about campus support? The students see Campus Support from a different perspective as the staff. There seems to be a shared understanding of the support staffs’ positivity and student-happiness-geared goal. Nathan Passno — a freshman who admits to skipping class frequently —  seems to hold positive feelings towards the members of campus support. He says, “Most of them are nice and supportive people.” It would seem that even students who have gotten in trouble with Campus Support can see the staff’s good intentions — most likely because of the positive ways in which these situations are dealt with.

Freshman Karlen Muchacho disagrees. When she moved to Wisconsin two years ago she had to learn English as a second language, so she quickly leaned on support staff at Kromrey Middle School.  In high school, it’s no different.  She explained that in her experience, “They try to make you feel safe.  They really support you, and in my experience, I feel like they have helped me a lot.”  She thinks that the environment they have fostered at Middleton has been “just positive because they just try to make a safe environment for everyone here.” She thinks that their goal is “to make everyone feel good every day when they come to school.”

Weiler thinks that the support staff has seen lots of change since he got here. Perhaps this means seniors have experienced the “outdated” version of campus support that was supported by the old handbook the staff was instructed to follow, but it seems like freshmen see something entirely new.

Passno also spoke about his belief that there may be some preferential treatment simply coming from a place of deeper connections with some students. He explains, “Definitely, I think they tend to treat students better that they have a history with.”

It could be then, that a new, more student-interaction-based handbook is resulting in deeper connections and more positive feelings towards our support staff. More one-on-one encounters could potentially result in better relationships with all students.

We can look at this new handbook as a symbol for the change that is yet to come. Finding a modern take on helping and supporting students is a challenge. Loether says that it’s important to “assess the incident appropriately,” but at the same time, there’s as of yet no step-by-step protocol to instruct people how to handle other people.  Loether likes to work on “relationship building and presence” on a daily basis to establish an approachable and welcoming reputation for staff.

The support staff and the work they do is an ongoing experiment. The way the Support Staff addresses conflict is going to change because they are dealing with many different people — resulting in a group that is inherently complex and inconsistent. We can expect even more of this adaptation of staff support handbook policies as time goes by, and from the reaction of the staff and students, it seems like it’s going to be a change for the better.

The consensus — an idea expressed by both the support staff themselves and some students — is that Campus Support is based on positive intentions and a hope to help the students of MHS in any way they can to support our school environment. It seems that a considerable part of this is changing with the times.