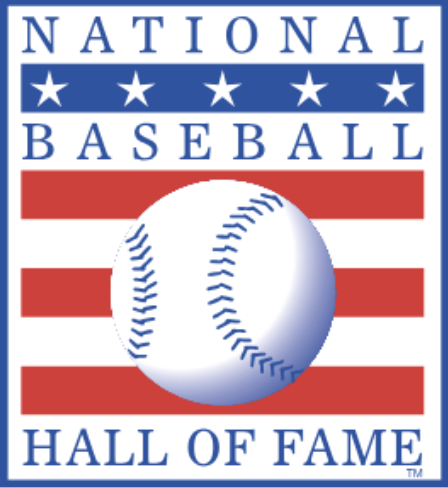 Harold Baines was elected into the National Baseball Hall of Fame on December 9, 2018.

One of my favorite advertisements of all time is the “traveshamockery” ad. For those who aren’t as well versed in 2004 Miller Lite ads, the basic premise is that Bob Odenkirk is a politician who declares an issue a “travesty . . . a sham . . . a mockery . . . a traveshamockery!” That’s exactly what this year’s Today’s Game Committee results are: a traveshamockery. A great player’s legacy forever tarnished with receiving something he didn’t deserve.

Harold Baines and Lee Smith were recently elected to the National Baseball Hall of Fame by the Today’s Game Committee, a group that votes on players who have aged out of the general Hall of Fame ballot. The two players are both borderline Hall of Famers, with Baines playing for 22 years, and Smith spending time as baseball’s all-time saves leader and being one of the most dominant relievers of his era. However, Baines is much more of a stretch for the Hall.

The main reason that he was voted in is that he played for 22 years. His career slash line is .289/.356/.465. Those are very good numbers for such a long career, but the Hall is for the best, not just the very good. Adrián Beltré retired after this past season, and in many ways, his career reflects Baines’. Both played for many teams over 20+ years, both put up impressive career offensive numbers, and when Beltré eventually is elected into the Hall, they will have that in common. But that’s where the similarities end.

The major differences between the two are Beltré’s ability to play in the field and his achievement of several offensive milestones. Let’s start with the latter. Three thousand hits and/or 500 home runs is considered by many to be the offensive benchmark to enter the Hall of Fame. Baines has 2,866 and 384, respectively, while Beltré has 3,166 and 477.

Those are not the only numbers that would suggest Baines is undeserving of the Hall. Wins Above Replacement, or WAR, is the standard statistic for comparing a player to the average player at his position. According to Baseball-Reference, Baines has a career WAR of 38.7. While an exceptional career, that only translates to 1.76 per season, only marginally better than Keon Broxton or Wade Miley on this year’s Brewers. In his best seven seasons, he had a total WAR of just 21.4, meaning in the remaining 15 seasons he averaged a 1.15 WAR. This number would drop him down to the likes of Manny Piña on the Brewers. A good player to be sure, but certainly not an all-time great. The average Hall of Fame right fielder (the position Baines played) has a career WAR of 71.4, and a total over his seven best seasons of 42.1. Looking at career numbers, it is obvious that Baines was a pretty good to very good player over a long time, but not enough to earn him a spot with the likes of Babe Ruth and Lou Gehrig.

This is not to say that offense is the only metric to consider when determining whether or not a player should be in the Hall of Fame. For example, Ozzie Smith is considered by many to be the greatest defensive player in MLB history. Over a 16 career, Smith racked up thirteen Gold Glove awards and a career WAR of 76.1. However, his career slash line is only .262/.337/.328. Brooks Robinson, the longtime Baltimore Oriole considered by many to be one of the greatest third basemen of all time, is a similar story. He had offensive numbers that were in line with Smith’s but was a no-doubt Hall of Famer because of his defensive abilities. Also, Harold Baines rarely played in the field. He spent most of his career as a designated hitter (DH) and spent what little time he played on defense tucked away in right field. Beltré has also played DH, but having won ten Gold Gloves, he is considered by many to be a well above-average infielder. Simply put, Baines’ lack of any defense cannot make up for his unexceptional offense.

Please don’t take this as someone spouting off angrily about a man who is getting something he does not deserve. Harold Baines was a solid offensive producer for two full decades, something almost no one can claim to have done. But the baseball Hall of Fame has very high standards, something that makes it far more special than its counterparts in other sports. Electing a player like Baines lowers the standards to join a prestigious group. Tom Scocca, former columnist and media editor for the New York Observer, had an interesting take on this argument, saying that, “Two days ago, the last word on Harold Baines would have been that he had no real shortcomings. Today, he’s been reduced to nothing but shortcomings. If the committee wanted to respect what he accomplished, it should have left him alone.” That perfectly sums it up. Baines was a very good player, and leaving his legacy alone and respecting it for what it is does it enough justice.