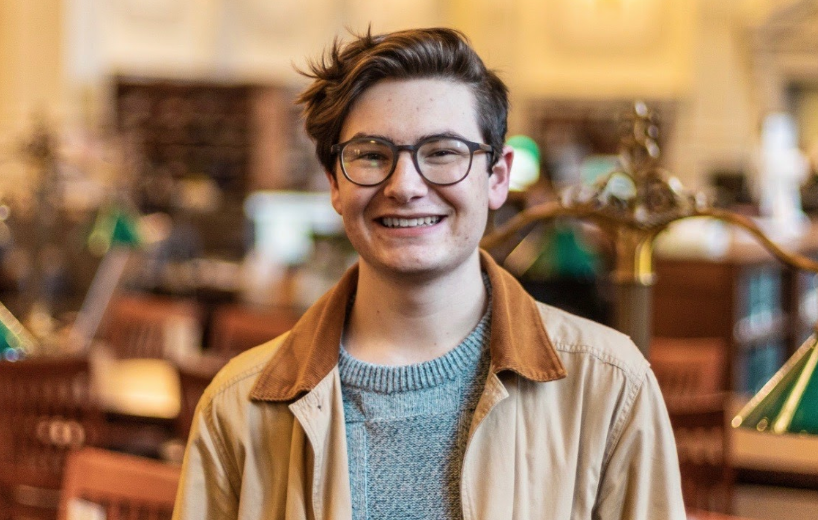 Max Prestigiacomo is fed up.

The UW-Madison freshman and Middleton High School alumnus says he has had enough of Madison’s hypocrisy and lack of action and is ready for the next step towards a better future for our city. He’s announced his candidacy for the Alderperson’s position on the Madison Common Council, where if elected, he’ll have a hand in the housing and zoning aspect of City Council.

“Middleton is not a diverse place and not a diverse school. That’s just how it is. But we don’t have to settle for little to no minority representation or bureaucracy. I think MHS really showed me the negative effects of no student input, and that contributed to my belief in proper representation,” he says. Prestigiacomo cites his time as a student here as the spark that encouraged his political exploration. Max has made concise, constituent-led action a main part of his platform and hopes it can make its way into Madison’s policies.

His platform revolves around three pillars: fair housing, sustainability, and social justice. Madison’s track record of being very favorable to landlords and unfriendly to renters makes the Alderperson’s position incredibly relevant. Prestigiacomo vows to “advocate for new affordable high-density housing near campus and incentivize standards of affordable housing in developments” if elected. He cites the homeless crisis affecting Madison as a prime example of how preventative actions could have widespread success: “If we focus on this issue and take definitive action, we can make some progress. I want to revitalize our homeless shelter system by extending our resources to all, regardless of sexual orientation, gender identity, sobriety, or any other factor. By making small steps toward progress in one area, we can alleviate problems in another as well.”

His sustainability platform is the most recognizable, as he is the co-founder and former Executive Director for the Youth Climate Action Team. He was the leader of the March 15 Climate March, which many Middleton students attended. According to his sustainability platform, which includes upgrading our transportation systems and making them more environmentally-friendly, climate justice can be easily achieved in Madison. “It’s a large issue with a simple solution, and it’ll make positive changes across many communities,” he explains.

Prestigiacomo also cites his time at the United Nations Youth Climate Summit as a “time of realization.” His frustrating experience encapsulated much of what he believes is wrong with our current politics, saying “This [The United Nations Youth Climate Summit] was meant to be a youth summit, but besides the handful of students that were selected, every other person was an adult who could pay for their own spot. This problem is widespread across so many areas. The people who can represent themselves and advocate for themselves make changes that work for them. So then who is going to advocate for those who can’t, those who can’t get off of work, or those who can’t afford a ticket or a trip to the Capitol?”

Lastly, his Social Justice platform is the thread running through all of his work. “Many people don’t want to face the fact that all areas of activism are related. You can’t fight for climate justice without fighting for social or legal or economic justice as well, and Madison, in particular, is struggling in these areas. It only makes sense to focus on those,” he explains. “It’s like the plastic straws idea. We want to help the climate, and our leaders latch onto a small, easy action like getting rid of straws that doesn’t really have any effect. This then allows the corporations and businesses that are killing our earth to get away with it. It’s a good conversation about single-use plastic, but it’s not the difficult conversation we need to have. By ignoring the intersectionality of all political issues, we won’t be able to accomplish any goals.”

Prestigiacomo doesn’t have an exact plan for his future, saying, “I don’t want to box myself in and limit what I can do. All I know is that I want to spend my time working to uplift those who can’t lift themselves and empower young people in all areas of life. So I guess my answer is we’ll see what happens!”