The Novel Coronavirus Outbreak: What We Know So Far 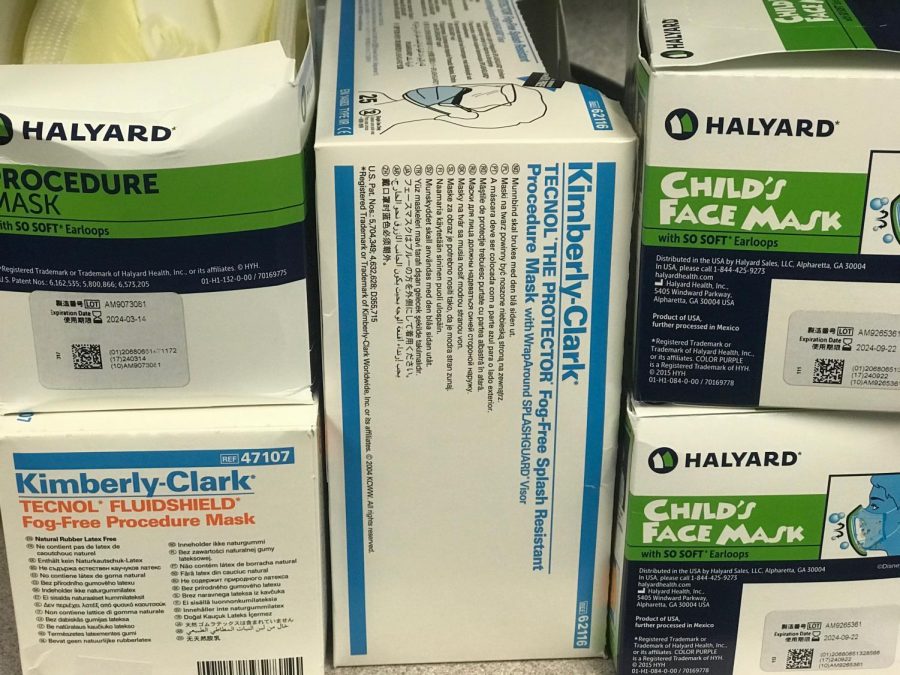 Every day, new information regarding the novel coronavirus is released; the information discussed in this article can change at any moment. Please use reliable local, national, and international news sources to stay fully updated on the COVID-19 outbreak.

What is it?
On February 11, 2020, the World Health Organization (WHO) announced the official name for the novel coronavirus outbreak: the illness is called COVID-19 (“COVI” for coronavirus, “D” for disease, and “19” for the year it was discovered, 2019), while the actual virus is titled SARS-CoV-2).

The COVID-19 strain has never been encountered by humans before and has spread rapidly while killing thousands. The widespread uncertainty regarding the virus is provoking many questions as to where this virus came from, how many people have it, what the symptoms are, whether you should be worried, and how you can prepare for it spreading throughout the US.

Where did COVID-19 originate?
The virus first appeared in humans in December 2019 in the city of Wuhan in the Hubei province of China. Like many similar pathogens, COVID-19 is believed to have spread from animals to humans. However, that is yet to be officially confirmed by scientific research, an academic expert, or a global health organization. There remains significant uncertainty as to where this virus originated.

The origin of the virus has been the focus of conspiracy theories and other forms of misinformation. Speculations that the current outbreak may have originated at a live-animal market in Wuhan, that it originated from Pangolins—scaly, long-snouted anteaters, or that it was created in a bioweapons research lab in Wuhan have also not been confirmed by scientific research, an academic expert, or a global health organization.

How many reported cases are there, and how many people have died?

Infographic created by Aaron Boorstein. Data provided by www.worldometers.info.
The spike in reported cases on February 12 was caused by an alteration in diagnosis classifications in China. This alteration confirmed 13,332 cases clinically, rather than in a laboratory. These were all reported as new cases, even though they were diagnosed in earlier days and weeks.

There remains to be uncertainty regarding the actual number of cases and deaths caused by COVID-19.

At a Facebook Live event sponsored by The Forum at Harvard T.H. Chan School of Public Health and PRI’s “The World,” Michael Mina, an assistant professor of epidemiology at the Harvard T.H. Chan School of Public Health, said that “many epidemiologists and people who are following this outbreak closely are assuming that it’s probably quite a bit more widespread than the case counts suggest. Many people also think that there’s probably over 100,000, in reality, out in mainland China, for example. We just don’t capture all of those through the case reporting we have . . . We can assume that this is growing at somewhat of an exponential rate, and it will continue increasing in scale.”

Many people have said that the flu is deadlier than the novel coronavirus; however, so far, the coronavirus has a higher fatality rate. On average, seasonal flu strains kill about 0.1% of people who become infected. Limited data, due to the rapidity of the outbreak and the outbreak only having drastically spread in China, is impacting the ability for officials to be fully confident in an exact death rate. Because of this, most people are using China as a reference to what the death rate in the rest of the world may be. The case fatality rate—the percentage of known infected people who die—is between 2% and 4% in the Hubei province, and 0.7% in other parts of China.

If it’s around 2-4%, that rivals or even surpasses that of the 1918 Spanish flu pandemic, which is estimated to have killed between 20-50 million people, including 675,000 Americans. Even a fatality rate of 0.7%—which means seven out of every 1,000 infected people would die—is highly disconcerting. A rate of 0.7% is seven times the fatality rate for seasonal flu, which is estimated to kill between 290,000 and 650,000 people a year globally.

While there is still not enough data to determine a conclusive death rate for the virus, Worldometers, a website that provides real-time world statistics, estimates that as of March 1, 2020, at 5:30 pm CDT, the total global death rate is about 3.4%.

The death rate will largely depend on what the denominator (the number of cases), as this will show whether COVID-19 is more similar to a flu or a more severe virus. It’s difficult to report deaths inaccurately; however, because there are many complications regarding how this virus is reported (such as there being limited amounts of testing kits and some people may be latently carrying the virus (because symptoms can take up to two weeks to appear), understanding precisely how many people have the virus will take some time.

However, these rates do not apply to everyone. Data provided by the Chinese Center for Disease Control and Prevention shows that some people are more likely to die from the disease than others.

What are the symptoms?

While COVID-19 cases have ranged from mild symptoms to death, the symptoms of infected individuals are generally the same; however, it’s important to remember that they can vary depending on the specific strain or whether an individual has underlying medical conditions.

According to the CDC, symptoms may appear 2-14 days after exposure to the virus, and the symptoms include a fever, cough, and shortness of breath. In severe cases, the virus can cause pneumonia, kidney failure, severe acute respiratory syndrome (SARS), and even death.

The Mayo Clinic shares, “People who are older or have existing medical conditions, such as heart disease, may be at higher risk of serious illness. This is similar to what is seen with other respiratory illnesses, such as influenza.”

The symptoms of COVID-19 can be highly similar to the symptoms of influenza, so it can be difficult to distinguish without clinical testing.

To help yourself and others, immediately contact your doctor if you have COVID-19 symptoms, or you believe that you have possibly been exposed to the virus.

How should you prepare?

This widespread outbreak is a serious matter. Bill Gates, who with his wife, Melinda, founded The Bill and Melinda Gates Foundation in 2000 to help improve world health among other things, says that the novel coronavirus is starting to behave like the “once-in-a-century pathogen we’ve been worried about.”

Comments such as these will rightfully make people worried about the virus; however, it’s important that you don’t spend your time worrying, but rather, preparing.

In a news conference later that day, Health and Human Services Secretary Alex Azar said, “The immediate risk to the general American public remains low. But, as we have warned, that has the potential to change quickly.

The novel coronavirus is highly contagious—it’s thought to be spread primarily from person-to-person (through close contact [within six feet] and respiratory droplets produced when an infected individual sneezes or coughs), but it also may spread by touching a surface or object that has the virus on it and then touching your mouth, nose, or eyes. It is also believed that an individual may be able to spread the virus before they have symptoms appear; however, this is not thought to be how the virus is mainly spread.

The WHO recommends that strategies to prevent the spread of other illnesses should be used in order to avoid the spread of the coronavirus: regular hand washing, covering mouth and nose when coughing and sneezing, and thoroughly cooking meat and eggs. “Avoid close contact with anyone showing symptoms of respiratory illness such as coughing and sneezing,” suggests the WHO.

Fortunately, WebMD has formulated an extensive list of the Dos and Don’ts for preparing for an outbreak of the novel coronavirus in the US.

More is being discovered about COVID-19 every day, but the only thing you can do is to prepare and keep yourself up to date on developing information regarding the outbreak.