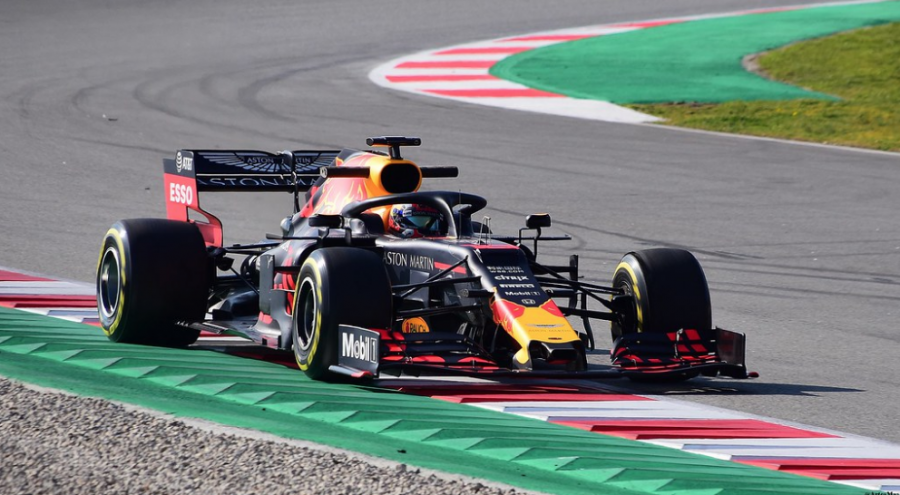 Sports have been a major part of culture and society for most of recorded history, and die-hard fans will go to great lengths to defend their sport of choice. Some sports are international favorites, while others are restricted to specific regions or cultures. However, some sports are simply overlooked or underrated, gathering a somewhat smaller yet equally fanatic fan base. In recent years one of these lesser-known and underappreciated sports, motorsport, has been on the rise. The quantity and variety of fans are growing as people take more interest in the exciting sport.

It was in Germany in 1885 that the first automobile, a revolutionary form of personal transportation, was born. The brilliant new machine had the potential to not only get people from one point to another with ease but quickly as well. It wasn’t long before the very first petrolheads figured how to make them go faster, and the very first race was held in France in 1895. Early races were held on dirt tracks, usually over long distances. Both the first Indy 500 and the first Monte Carlo rally took place in 1911, and the Le Mans 24-hour began in 1923. The 1930s saw the first supercharger, in Mercedes-Benz sports-tourers and race cars alike. In the 1950s, following a brief hiatus—courtesy of the Second World War—the sport saw the appearance of Formula One racing and the inaugural Daytona 500 race. Legendary names such as Ferrari, Porsche, and Mercedes battled on tracks across the world, shattering records and pushing the boundaries of technology. The 1960s put the name Carroll Shelby on the map and featured some of the greatest spectacles in racing history, including the famous 1966 24 hours of Le Mans, the premise of the Oscar-winning drama, Ford v Ferrari. In 1972, Graham Hill won the 24 hours of Le Mans, becoming the only driver in history to claim the Triple Crown, having won the Indianapolis-500, Monaco Grand Prix, and 24 Hours of LeMans races. In 1995 the immortal McLaren F1 made its debut and dominated at Le Mans and broke the speed record for a street-legal car. The rich, fascinating, and complex history of motorsport alone fails to explain why it is so underrated.

Loud roaring engines, speeds over 200 mph, hair-raising corners, and spectacular crashes make racing nothing but exciting for drivers and spectators alike. Nothing gets your adrenaline pumping like high-speed chases, cheeky overtaking maneuvers, and burning rubber. For the more technical mind, team and driver strategies and engineering choices provide plenty to debate and analyze. Pushing and stressing a complex machine to its very limits paired with human error makes for some spectacular wrecks. Two cars flying through a high-speed turn, a collision, and then from a cloud of smoke, a car takes flight off-track at 100 miles-an-hour. Flipping, rolling, skidding, and smashing into a barrier, filling the air with debris. While such an occurrence is frightening for the driver and audience, with modern safety regulations, a serious injury is highly unlikely, and generally provides a thrill and exciting uncertainty.

Most sports involve interacting with a ball or other object in some manner to score points or other actions which have little relevance to everyday life and ordinary people. Because motorsport revolves around machines, not unlike those we use on a day-to-day basis, we are actually more connected to the sport than most of us realize. Whether it’s your daily grocery-getter or your Sunday leisure ride, chances are some part or feature originated from race cars. The same technology that’s used to make race cars faster, more nimble, more advanced tends to trickle down to the ordinary consumer automobile. Whether it be a truck, SUV, sports car, or economy sedan, features such as all-wheel drive, turbochargers, semi-automatic transmissions, disc brakes, anti-lock brakes, and even rearview mirrors were inherited from the world’s fastest.

Motorsport is not like most sports; however, it is not as hard to enter as many believe. While the great Formula One cars and Endurance Prototypes are worth millions of dollars and cost equally as much to maintain and race, there are many, many rungs on the ladder below. A perfect example of entry-level racing is the SCCA’s Production class. This consists of small, inexpensive cars that can be often found for under $10,000 and, due to high production numbers, have plentiful spare parts available. Off-roading, oval racing, road racing, endurance racing, open-wheel, closed-wheel, whatever it is that appeals to you, motorsport has it. The beautiful thing about motorsport is that you don’t have to like the same things about it like everyone else, and your taste can be very unique in what you like, as unlike other sports with one set of rules and ways to play, motorsport has too many variations to count, attracting a very wide range of fans with the promise of having something for everyone. In fact, motorsport is the only professional sport where all genders race side-by-side, unlike most sports which, at the professional level, separate into gender-specific leagues.

One of the most popular types of motorsport, Formula One has been around since 1950 and truly is one of the most exciting forms of the sport. With small, light, open-wheeled, single-seat machines that reach speeds over 200 mph, it is widely regarded as one of the most challenging and respected forms of racing, and rightly so. Their extreme aerodynamics and lightweight construction make them some of the fastest cars on earth, and with some of the best drivers in the world behind the wheel, thrills are never in short supply.

Mind and machine pushed to the absolute limit for 24 hours non-stop, endurance racing is a physical and mental test of driver and car alike. The FIA World Endurance Championship (WEC) and the International Motor Sports Association (IMSA) endurance league are the most prominent, featuring similar classes and rules. GT cars—heavily modified road-legal cars— compete with one another, while above them, the LMP2 and LMP1 prototype classes battle it out, all fighting for victory. Endurance cars are closed-wheel and designed like a true road car, with a more familiar shape and all-weather protection. These cars are more durable, lasting through brutal hour after hour of extreme racing, tearing through thousands of miles of track and trying their hardest to complete up to 24 hours of non-stop wear and tear.

Impressive crashes, 90 mph jumps, spectacular wrecks, and handbrake turns. Rallying is the ultimate test for off-road cars, traversing the deserts of Africa, the icy Finnish landscape, and the mountains of Monte Carlo as fast as possible. The skill demands nothing but respect and praise, seeing a variety of cars battered and beaten, zipping along dangerous roads, kicking up massive clouds of dust, and battling the elements and nature all the while, makes rallying a truly exhilarating sport.

If Formula One is the ultimate open-wheel racing series, then Indycar is it’s much younger—yet no less exciting—American brother. Despite their similarities, the two have a fair share of differences and are a quite different experience. The incredibly sleek, almost shark-like Indy Cars scream around America’s most famous tracks at dizzying speed, a hybrid of formula and oval racing. Indycar is nothing but speed and shrieking high-revving V6 engines with a touch of American taste.

Tour car racing, one of the more relatable forms of motorsport, is based on modified versions of road-legal production cars. Ranging from ordinary hatchback-turned-racer cars to the world’s fastest supercars, these solid-built racers push the limits of what a road-legal automobile can achieve, never failing to make for a good show. GT cars can take a beating and keep racing, making for a more gritty, less fragile race that is guaranteed to have heart-pumping action.

Exciting and fun, drifting is one form of motorsport that always makes for a good picture. Brightly designed cars fly sideways through corners, often side-by-side with another, coming within inches of clipping the wall. For those new to the term, drifting is achieved when a car’s rear tires receive too much power and lateral stress to keep their grip, causing the wheels to continue to spin and receive power, resulting in a carefully controlled sideways slide. This means a very powerful, high-torque car is typically good at drifting. Because of this and the fact that the sport was invented in Japan, small, lightweight, easily modified Japanese sports cars have become especially popular and very much a part of drift culture.

Motorcycle racing takes the speed and excitement of motorsport and balances it on two wheels. The first time you witness it, the angles at which the skilled drivers lean the bike seem impossible, and it never gets old to see just as much man as machine flying through corners on one knee. Motorcycle racing depends even more on physical ability in the form of strength, balance, fitness, and even posture, all of which can make a great difference in the outcome of a race. Championships like MotoGP are an excellent opportunity to get into the sport and get—pardon the pun—up to speed with motorsport.

Perhaps the first thing that comes to mind when most Americans hear “car racing,” NASCAR is a form of stock car racing on a banking oval track. Popular especially in the south, it has its origins as a weekend hobby participated in with the family saloon that has evolved through the decades into a proper professional racing competition but has not forgotten its roots. The term “stock car” references the ordinary unmodified daily cars first used in the 1930s, and the modern cars have kept with the design philosophy, shaped in a very simple sedan shape without any obvious aerodynamic-enhancement such as a racing wing. The front grilles and headlights and the taillights are designed to make them look like any ordinary car such as a Chevrolet Malibu, Toyota Camry, Ford Fusion, and similar cars you might find in a supermarket parking lot. However, looks can be deceiving, and the rumbling 900 horsepower V8s under the hoods and the speeds of over 200 mph tell a different story.

So much goes into the perfect race car, yet when it comes to drag racing, the first on the list is speed. Dedicated drag racers don’t care too much for handling, brakes, or more technical, complex concepts. They have one goal and one goal only, they want a car that is powerful and light, a car that, in a straight line, can go faster than any other. Massive engines that spit orange flames and cars that wheelie off the line provide plenty of show to accompany the thrilling battles that are often won by a tenth of a second.

While perhaps not the most popular of motorsports, showroom stock or production racing is an entry-level motorsport, and a gateway to many higher-tier forms of racing. Ordinary cars produced in high numbers, these average road cars are affordable, and spare parts are plentiful. The most relatable form of the sport and the easiest way to get into racing, this is the perfect way to start on a career path or perhaps develop a hobby with automotive racing. Though perhaps one of the lowest rungs on the motorsport ladder, base-level racing like this truly embodies the original spirit of motorsport and is critical to getting people into the sport and allowing them to climb higher to their dreams.