Stay at Home Order Leaves Golfers in the Cold 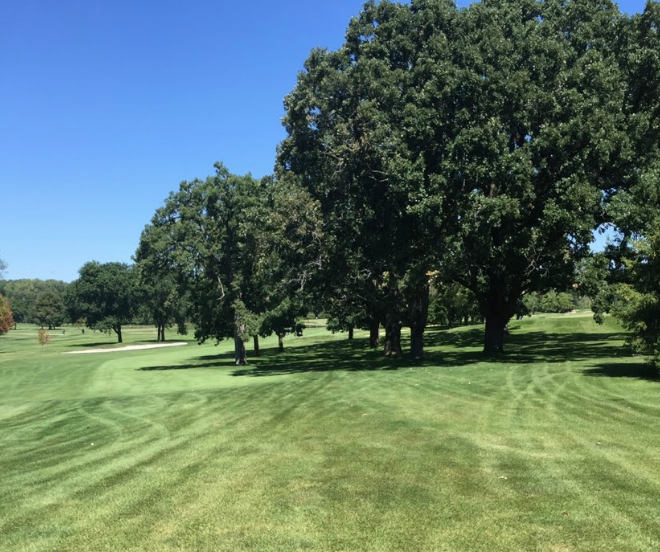 Nakoma Golf Club on the west side of Madison, WI.

On March 24, Governor Tony Evers signed Wisconsin’s much anticipated Safer at Home Order. Many citizens anxiously waited to read the specific wording of the order, as a draft was not provided beforehand, and no details were released, to see how their activities would be affected.

Springtime in Wisconsin is a hectic time, and people were curious to see if they would be able to hunt, fish, or hike in a park. Golfers were among this group. The early, mild spring had allowed for several courses to open early, and nearly all public courses were expected to be open by April 1.

When the order was delivered, the status of golf courses continued to be vague. Under the “Outdoor activity” section of “Essential Activities,” it is stated that it will remain legal “to engage in outdoor activity, including visiting public and state parks, provided individuals comply with Social Distancing Requirements as defined below. Such activities include, by way of example and without limitation, walking, biking, hiking, or running.”

Wisconsin’s 500 public golf courses, many of which are owned and operated by local governments, were not mentioned. Wisconsin golfers had reason to believe that they would be exempt. At the time, twelve states had issued exemptions for golf courses under their orders, and the language of Wisconsin’s order regarding parks was read by many to include golf courses. However, after repeated requests for clarification, a spokesperson for Evers’ office announced that golf courses would be closed.

This drew intense criticism from golfers statewide, who pointed to the fact that playing golf can easily conform to social distancing rules, and that many states with safer at home orders are allowing golf. Before the order, many courses were taking actions to prevent the spread of COVID-19, including raising cups, so players’ golf balls do not touch and removing flags and bunker rakes, which are touched by many players. A petition was started on Change.org asking for Governor Evers to allow courses to remain open. The original goal of 5,000 signatures was quickly reached, and as of April 2, it has over 60,000 signatures and a goal of 75,000. The petition lays out several options for courses to promote player safety:

Payment must take place electronically.
Clubhouses will NOT remain open.
Flag sticks will NOT be used.
Holes will be placed two inches above the ground, so no one touches a hole.
No golf carts will be allowed.
All rules of social distancing must be followed.

Many supporters of the petition argue that golf courses can be controlled to be an even safer form of exercise than going to a state park. Wisconsin PGA President and head pro at Edelweiss Country Club Jeff Ellingson explained that “golf is one of the best activities you can do at any time and is especially important during trying times like these . . . I would argue that golf is just as safe, if not safer, than going to any state park, and you get the same benefits of being outdoors getting some exercise. I say that because state parks cannot control how people are there at any given time. At a golf course, we can control the number of people that are playing and, therefore, better enforce the social distancing efforts. In addition, you can come and play golf and not touch any common surface that someone else has touched.”

He also added that his course had already been taking precautions to prevent the spread of COVID before the closure, such as closing dining areas and limiting person-to-person contact on the course.

Vitense Golfland owner and Wisconsin PGA board member Joel Weitz echoed a similar sentiment. He said that the order “obviously has disastrous effects on revenue for warm weather-based businesses . . . I do not speak on behalf of the Wisconsin PGA, but I understand that the Wisconsin PGA along with other leading state golf organizations continue to campaign that the golf course industry can safely accommodate essential activities for individuals to leave their home or residence to enjoy various outdoor activities such as visiting public and state parks, walking, biking, hiking, or running provided that individuals comply with Social Distancing Requirements.  Golf courses and golf ranges provide a comparable activity that should be considered essential provided that individuals comply with Social Distancing Requirements.”

Governor Evers has not commented on the petition or efforts to reopen courses. However, state representative Jon Plumer (R-Lodi) released a statement supporting the petition and asking Gov. Evers to change his decision.

As the weather improves over the coming weeks, the desire of Wisconsin’s golfers to get out on the course will only grow, and Gov. Evers will face mounting pressure to comment.