The Cardinal Chronicle • May 23, 2020 • https://mhscardinalchronicle.com/2751/lifestyles/three-pros-and-cons-after-three-months-of-being-vegan/

Three Pros and Cons After Three Months of Being Vegan 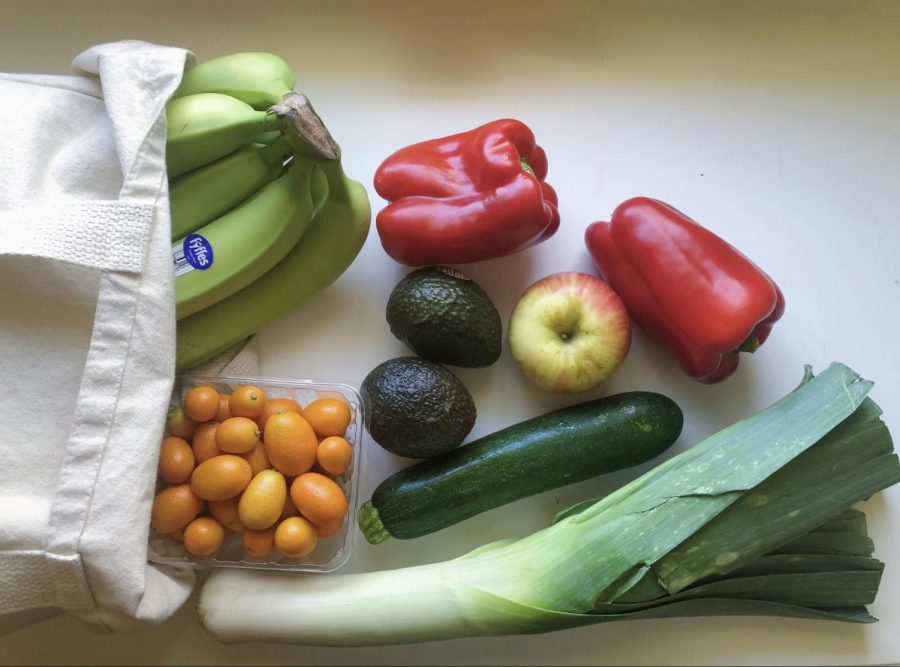 "Well, what can you eat?" is a question I get very often. After going vegan, however, I have actually become more adventurous in trying new foods. Not being able to eat certain foods has introduced me to others.

Three words were one too many. Let me explain…

As someone who has been gluten and dairy intolerant since 7th grade, I should be used to describing my dietary needs to people. The fact that I was not just dairy intolerant—something many people live with—but gluten intolerant as well seemed to draw too much attention when going out for a meal.

“Can you remove that? Actually, can you make that without that as well?” I would always ask the waiter as I ordered.

Whether people knew I couldn’t eat gluten and dairy for health reasons or not, the extensive list of food I could not eat often came across as high maintenance. Even I had to admit that I sounded like a Californian trying a new diet every time I went out for breakfast with friends or dinner with my parents.

When I decided I was going to give up meat, I already knew I would be taking high maintenance to a new level, but I was certain about this choice. As someone who cooks very often, it became harder and harder for me to prepare meat and eat it. I knew about the effects meat has on the environment, and I love animals. While I considered giving up meat in the past, I never thought I had the self-discipline to carry it out.

I began doing research on the nutrients in food, what supplements I would need to take, and how I would need to shift my current diet. The truth was that I already ate pretty healthily. Not eating gluten and dairy led me to a mostly plant-based diet as it was. But I wanted to take the final step.

The problem I had was thinking about ordering food at another restaurant.

“Could you help me find something I can eat? I can’t have gluten, dairy, or meat,” I imagined myself saying to a waiter.

The imaginary waiter gave me that look, “What diet are you trying?”

Without a doubt, I knew I was giving up meat, but then the thought came to me – what if I go vegan instead of vegetarian? I already don’t consume dairy, so what more am I really going to give up? Besides, it sounds less high maintenance when you shorten the list—regardless of the fact that you eliminate more food by doing so. This line of thinking was irrational in some sense, but I declared myself vegan that day and sat down for another round of research.

So yes, I gave up numerous other foods simply because three words was too many. As they say, three is a crowd. However, I do not regret going vegan, and I’ve grown to have a deeper reason for being such.

Whether you choose to go vegan or not, there are pros and cons to the diet. It is a decision you have to make with a clear head. I do not try to dissuade or persuade anyone to become vegan because, ultimately, the power of choice is what helps to maintain such an involved diet. Moreover, all of our bodies need different things, and veganism is not for everyone.

Here are some of the pros and cons I experienced while going vegan.

You get to spend more time thinking about food
This won’t be a pro for everyone, but I personally love cooking. Being vegan forced me to make time to bust out the pots and pans. You have to make sure you are getting enough nutrients, and this aspect of veganism forced me into the kitchen. I set aside Sundays to meal prep so that I was not scrounging mid-week for food that would keep my body functioning properly.

By going vegan, I have been much more adventurous in trying new foods and dishes as well.

Meal planning is an activity I’ve come to relish because I try to make one new dish each week. Trying new foods challenges me to broaden my horizon constantly, and this is something my previous diet lacked. I was very stuck in my ways when it came to the food I ate, but now I’ve branched out to different ingredients, and I’ve even started researching foods from different cultures that I’m able to eat.

Moreover, because I am in the kitchen preparing my own food, I know what is going into my body. I never feel the need to question whether there are additives or hidden ingredients in my food because I am the one wearing the chef’s hat. I love feeling a sense of responsibility over my health.
I was taken aback by how much energy I had
Because my main reason for going vegan was wanting to boycott the meat industry, I had not really considered the effects it would have on my body. My mindset of going vegan was that of sacrifice: I was willing to give up the pleasure of certain food for the environment and its inhabitants. Therefore, I was surprised by the positive impacts on my health.

I began to feel more energetic. Where even a good night’s sleep was not enough to keep me going through the day in the past, going vegan added a new spring in my step.

I noticed this newfound energy the most while running. I started running daily around two years ago, and I have made slow but steady progress in distance and speed. When I went vegan, I blew my records out of the water within two weeks. Shockingly, I felt like I was caffeinated all day long. This was something I never expected, but going vegan has enhanced my endurance.
Going vegan has many positive effects on the environment
For me, this was the most important reason. In the few times that I’ve craved food I can’t eat, the unjust treatment of animals, and the latent damage the food we consume causes to the environment is what keeps me going. With a lot of goals, if you do not have a purpose behind them, they are hard to achieve. My appreciation for the planet is the most significant reason for having this lifestyle.

According to Forbes, livestock are the largest contributor to greenhouse gas emissions worldwide. They create more emissions than cars, trains, and planes combined. Livestock requires lots of land to be cleared—and not just in the United States. It is estimated that 90% of the Amazon rainforest’s deforestation since the 1970s is due to clearing for livestock.

In fact, using livestock as such an essential part of our diets is so harsh on the environment that Joseph Poore, a researcher at Oxford, said, “A vegan diet is probably the single biggest way to reduce your impact on planet Earth, not just greenhouse gases, but global acidification, eutrophication, land use and water use.”

Not only does our current food production have taxing effects on the planet, but the way we kill animals for our plates is inhumane. The meat industry benefits from many bills in place that protect the information that comes out about animal treatment, but information that has been leaked is grim.

The first time I really found out about the cruelty of the meat industry was through a documentary called Food Inc. The documentary showed horrific treatment of animals—chickens that were so overfed that they couldn’t walk and cows strung up by their feet to be carried to their deaths. Going vegan has been my way of protesting the harsh treatment of animals, because to me, purchasing animal products is casting a vote for these practices to continue.

While there are many benefits to going vegan—many more than just three—there are also some negative aspects to being vegan that I have found.
It is much harder to eat out
Depending on where you live and whether you have other dietary restrictions, eating out may not be a problem. Granted, I also do not eat gluten;I have found that it is a challenge going out to eat while being vegan. This hasn’t been a huge issue for me because I rarely eat out, but when I do, it is not simple to do so casually. I usually have to do a menu search to find a restaurant I can eat at. I feel a sense of guilt when everyone is at the mercy of me finding a restaurant where I can eat the food that is served.

The good news is that vegan alternatives to common foods are growing in numbers. I have noticed an increase in restaurants who have substitutions and even restaurants who cater specifically to those with allergies or special diets.
There is a stigma
Growing up in Wisconsin, where agriculture and meat are part of our culture, going vegan has not come without ridicule. Although my friends and family are supportive of my decision, I am faced with many light-hearted jokes. They are minuscule, but they always play off of the stereotype of the “angry vegan” or the “hippy vegan.”

I have been lucky with the support that I have, but with any decision that challenges the majority, you must expect opposition—whether light-hearted or menacing.
It has been harder to build muscle.
Losing muscle was the most challenging aspect of going vegan that I have had to deal with. I was in many sports as a kid, so exercising remains an important aspect of my life. When I started noticing that I was losing muscle, I was very alarmed. Like all healthy vegans, I make sure to take the necessary vitamins and supplements. Moreover, I load up on beans, lentils, and nuts. In the early weeks of going vegan, I began to panic. “Am I doing something wrong?” I wondered frantically.

Over time, this has not been so much of an issue. I have managed to regain my strength and continue exercising normally, but the ease with which I used to be able to build muscle is no longer a reality for me. I have to be much more conscious of how much protein I am getting, and I have had to push myself harder when exercising to maintain the same strength I used to have.

This is obviously not the case for everyone who goes vegan. Venus Williams, Kyrie Irving, Jermain Defoe, and Tia Blanco are all athletes who have done well in their sports despite being vegan. Barny du Plessis, the first vegan bodybuilder, has even managed to make it work.

My decision to go vegan is not something I regret, despite the cons. Decreasing my carbon footprint is and will continue to be important to me. As much as I recommend giving up animal products, I understand it is not a sustainable lifestyle for everyone. At the very least, I try to encourage people to recognize how our decisions can impact our environment.

Three months of veganism is only a short amount of time to have a full understanding of the diet, so I look forward to seeing what else being vegan has in store.