The Cardinal Chronicle • May 23, 2020 • https://mhscardinalchronicle.com/2774/sports/bundesliga-resumption-is-this-the-way-forward-for-sports-in-2020/

Bundesliga Resumption: Is This the Way Forward for Sports in 2020? 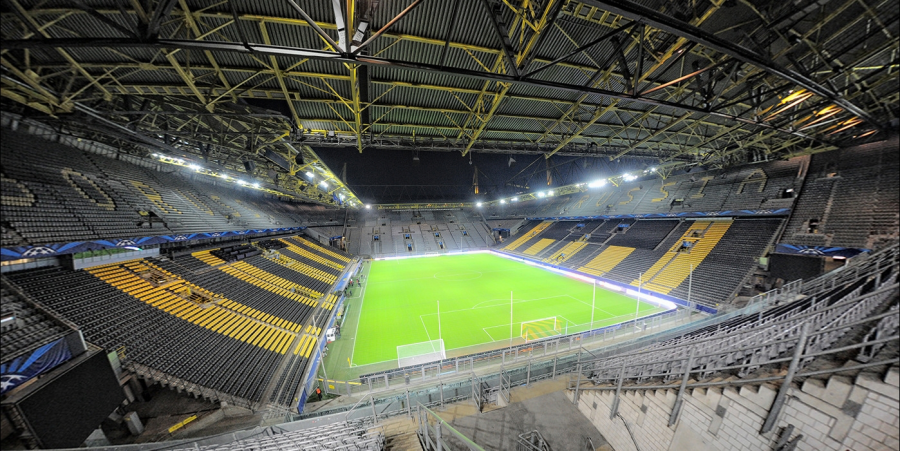 The German Bundesliga resumed play this past weekend, albeit behind closed doors. All eighteen teams played their first match in over two months, with additional rules to ease the teams back into a rhythm: Teams were allowed five substitutions as opposed to the traditional three, as fixtures will be played multiple times a week. Managers have three opportunities to use their five subs and are advised to only sub two players at a time.

Coaches and staff on the sidelines were required to wear masks and social distance. Substitute players were also forced to social distance, with each stadium creating special areas for substitutes with seats six feet apart. Social distancing has made its way onto the pitch as well,  with goal celebrations limited to just elbow bumps and air-fives.

The lack of fans in Bundesliga stadiums has sparked a debate among all parties. If sports are to be played without fans in attendance, should they be played at all? Those in favor of continuance say that seasons shouldn’t just be voided if they’re more than halfway done. In soccer, teams are promoted and relegated between different domestic leagues, and those wanting a finished season believe teams should have a chance to fight their way out of the relegation zone and earn their stay in their current league. Titles, they say, should also be awarded to teams who have worked hard to get where they are.

Many are against the completion or immediate ending and awarding of seasons, however. They think that no team should be punished for a suspended season by being relegated. They say it’s unfair to the teams who were in great form before the season was halted, as this break could have stunted their momentum and completely changed—and possibly ruined—the outcome of their season. Those same people believe teams shouldn’t be awarded a title just because they had more points than the other teams at the particular time the season was prematurely ended, instead, they wish for the season to be voided and effectively nonexistent.

This poses another question to leagues that haven’t yet begun their season. If lockdowns continue for an extended period of time, should games be crammed into a smaller window of time in order to have a season, and resume a normal timeframe when permitted? Should the schedule be shortened for the same reasons? Or is it right to forgo the season and wait for when the next season would have started in the 2020-21 timeframe?

Shortening the season schedule could reduce injuries while still saving time to regain a normal timeframe, however, it would be unfair to teams as they do not have as much of an opportunity to achieve what they want in the season. The only satisfied teams would be those that finished on top. Pay is another factor, as players would expect to be paid the same amount they would have received had they played a full season, causing issues for some organizations.

Skipping the season holds its own downsides. Players and fans alike would be upset at the complete lack of a season, and players likely would not earn an income for the duration of the season. The ad and other revenue lost by the lack of a season would be substantial and have unseen consequences like the loss of an ability to pay stadium upkeep fees, staff wages, and player salaries the following season.

If there’s one thing known about the future of sports in 2020, it’s that no fans will be in physical attendance. The Bundesliga in Germany has shown the world what sports without fans could look like. It is an experiment to get a sense of what needs to happen to keep players and staff safe. It yields results that will guide other sports and leagues that choose to resume or start their seasons. Research can be done about the correlations between leagues that have resumed and the number of coronavirus cases. It’s only a matter of time before everything gets back to as close to normal as possible, and the potential resumption of sports offers a great way to ease back into “normal” life.