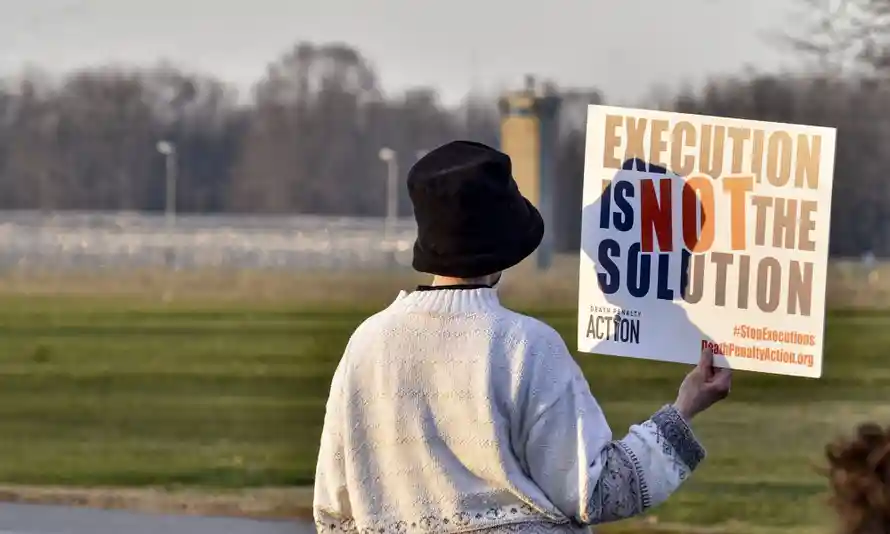 Protesters raising awareness in the midst of a heated debate across America on whether or not the death penalty should be abolished.

“Capital punishment is against the better judgment of modern criminology, and, above all, against the highest expression of love in the nature of God,” Martin Luther King Jr, 1957.

On December 10 at 9:27 p.m., Brandon Bernard was executed by the Federal Correctional Center in Terre Haute, Indiana after being on death row for over 20 years. In 1999, Bernard was convicted of killing Stacie and Todd Bagley in Texas with four other gang-affiliated men. One of the others was executed in September, while the rest were given lesser sentences. Bernard is the youngest person to receive a death sentence in almost 70 years for a crime committed when he was an adolescent, and the Supreme Court denied a petition to delay his execution by two weeks. But why are people so upset about his death? Didn’t he commit an awful crime?

Although Brandon Bernard was associated with the killing of two innocent people, this doesn’t mean that he himself deserved to die. Along with the moral aspect of it, the death penalty should be abolished because in many instances it has very few benefits. The United States is one of only 56 nations in the world that still practice capital punishment. As of 2012, over 3,200 men and women were under a death sentence. This type of punishment isn’t cheap either. A study in California found that it cost 184 million dollars a year to sustain capital punishment.

Not only does the death penalty have very few benefits, but it can also lead to the executions of people that are actually innocent. Since 1973, over 170 people have been released from death row. One example is Cameron Todd Willingham, who was convicted of arson-homicide in Texas in 1992. He was believed to have intentionally set the house fire that killed his three children. He was executed in 2004. Later on, the Texas Forensic Science Commission found out that the evidence had been misinterpreted and was invalid; the fire had been an accident.

The death penalty also has racial prejudice. In the fall of 2000, the U.S. Department of Justice (DOJ) released a survey that showed that of the 18 prisoners that were on death row, 16 were either African-American, Hispanic, or Asian.

This racial bias can be seen across the country. Some of the jurisdictions with the highest percentages of minorities on its death row include the US Military (86 percent), Colorado (80 percent), US Government (77percent), Louisiana (72 percent), and Pennsylvania (70 percent).

Yet the numbers show that capital punishment has no effect on murder rates. The South accounts for 80% of executions, yet has the highest murder rate in the country.

Twenty-two states and the District of Columbia have already terminated the use of capital punishment, but the death penalty should be abolished in every state.

“[The death penalty] shouldn’t exist,” said Taylor Johnson, a freshman at Middleton High School. “There is more benefit in keeping them alive and learning from their mistakes instead of saying they don’t get another chance. Even a full lifetime prison sentence is much better than death.”

Although the victims and their families are important to consider, abolishing the death penalty isn’t about shaping the criminals into being good people and putting them on a pedestall. It’s about not taking a human life as a punishment for their crimes.

One way to support abolishing the death penalty is through signing petitions for people who are set to be executed next month. These people include Lisa Montgomery, Cory Johnson, Dustin Higgs,  Blaine Milam, and many others. Petitions you can sign to help pardon them can be found here.