Don’t Give Up on the Magic of Childhood Imagination 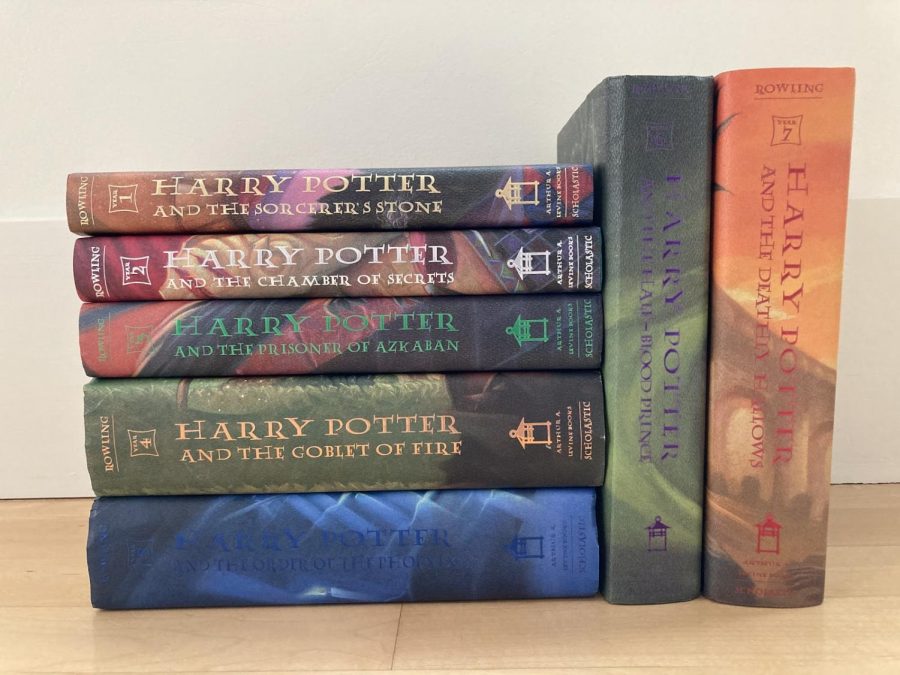 Locked inside the pages of seven books, the “Harry Potter” series has been a happy childhood memory for many since the first book was published in 1997. It encourages creativity and imagination, two qualities that we shouldn't let go of.

Society is quick to undervalue the importance of imagination and the fun of being a kid again, but as J.K Rowling writes in her sixth “Harry Potter” book, “Age is foolish and forgetful when it underestimates youth.”

Sales of the Harry Potter books increased by 17 percent between March and August of this year, and in April, I was one of the people to pick up the series for the first time. For a few weeks, I relished the time I spent poring over the pages, and it provided some needed escape. Especially in times when we are forced to confront our powerlessness, part of the appeal of “Harry Potter” is in the idea of powerful magic that we don’t possess.

But I felt that Harry Potter was doing more than removing me from the current situation. It was giving me the chance to relive childhood again. Not only is it a childhood staple, but “Harry Potter” provides the scaffolding off of which to build imagination, a childhood trait many of us are desperately short on.

The story of “Harry Potter” allows readers to sit in the Great Hall and pace in front of the Room of Requirement as though looking through a Pensieve. Readers become part of the story, and they construct the world and people inside it for themselves.

I spent most of each day reading as I moved through the books this spring, which reminded me of the hours I used to spend sitting on the floor of my bedroom as a child with my dolls and LEGOs, spinning stories that I was living and playing in my own little offshoot of reality. I haven’t done that in a long time, but opening up the “Harry Potter” books, which were an integral part of childhood for many, gave me another taste of childhood. It reawakened my imagination and showed me that “childish” activities shouldn’t be restricted to kids.

It is inevitable to lose much of the sense of imagination with age. It requires time and patience, and society pushes us away from it. Most Americans over the age of 15 spend an average of five hours on leisure activities per day, and over half of that time is spent watching TV, according to the  American Time Use Survey. Meanwhile, reading and thinking for leisure each receive less than 20 minutes of Americans’ free time each day.

Our culture loves TV. American television advertisers made $71 billion in 2018 for displaying advertisements, with 80 percent of Americans watching TV every day. TV absorbs half our free time and it is passive: it feeds us the story, the sounds, and the images with little opportunity for active participation.

Reading guides the reader toward creating their own settings and characters. It forces them to interact with the text, pulling ideas from the pages into their mind as they construct the setting and characters for themselves. More than TV, reading fosters the imagination we lose as we age. Reading does this because it forces the reader to create something of their own, and creating things is imaginative, active, and productive. Childhood activities like reading “Harry Potter” are inherently creative. They sharpen the skill of imagination.

Not limited to pastimes, a well-honed imagination has benefits at school and work. Imaginative people are more innovative. They can come up with creative solutions and recognize problems that others might not see. Imagination can also improve foresight and planning. Being able to think of many possible futures allows for greater preparedness and adaptability. Imagination also strengthens empathy, helping us think of what it’s like to walk in someone else’s shoes, making us better at relating to and understanding others.

Though there are many benefits, our biggest struggle with imagination is that we aren’t spending much time on it. We shy away from being childlike. Society discourages it. But we should reject that. Acting like a kid is refreshing. Whether it’s something we missed out on as a kid or one of our old favorite things that we miss, it can also just be fun to experience things again through a different mindset.

We are so used to being stimulated by outside sources, but being a kid again means you get to create the world for yourself. You aren’t so motivated by extrinsic pressures. Instead, you do things for the sake of doing them.

Maybe you don’t feel comfortable making spaceships out of cardboard boxes or coloring with crayons and fingerpaints now that you’ve left childhood behind. But it is a tragic thing to lose the imagination that allowed us to do those things. We should not be scared to be childish every once in a while.

Read a fantasy book, write a story, paint a landscape, or build cities out of LEGOs. Free yourself from the stresses of your every day, and remember what it was like to be a kid. Better yet, reject the idea that imagination is childish. Imagination is constructive and creative. It is forgiving. So do something you missed out on as a child. And if you haven’t yet, I encourage you to read “Harry Potter.”