How the Pandemic is Affecting Student Athletes’ Mental Health 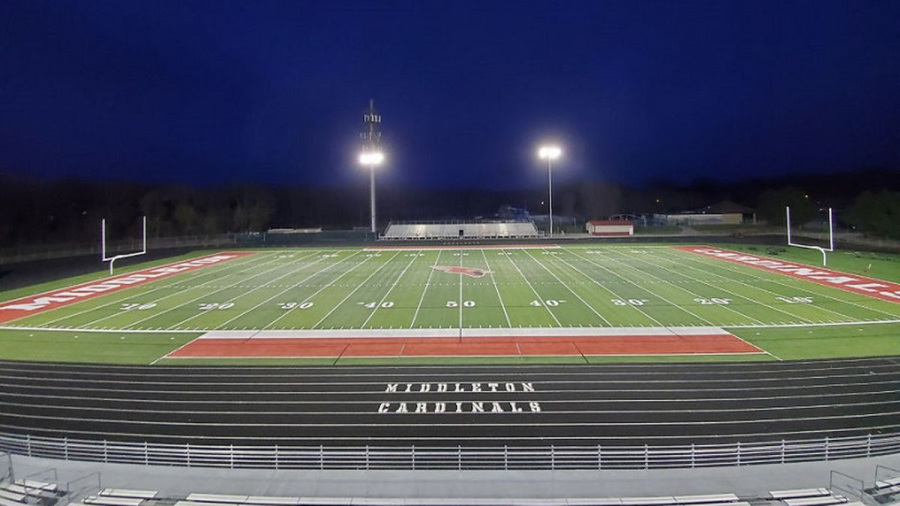 The stadium lights lit at Middleton High School. The stadium has not been full since March due to the pandemic.

Last March, the COVID-19 pandemic took nearly everything away overnight, including sports. Before then, sports meant so much to so many people, and for many athletes, practicing and training was an escape. As everything was falling apart, it was not safe to play a sport or gather with a team, even when athletes needed them most. For months, many athletes had no idea when they would get a chance to play again; as sports psychologist Jacob Andrews said in an interview with KMBC, “The biggest frustration for everybody was the unknown.”

Middleton High School (MHS) and many high schools across the country have not been able to hold most sports since the pandemic started, which has had a negative impact on the mental health of athletes. A study done by NCAA found that more than a quarter of athletes reported a sense of loss at the beginning of the pandemic, and mental health concerns for student athletes rose by more than 200 percent. Only 51 percent of athletes felt like they were going to be able to keep up with online classes, and 60 percent reported a lack of motivation (according to another study specific to high school students). These studies were conducted online only six weeks after schools closed, and it is inevitable that in the nine months since then things still have not gotten much better.

Along with being an escape for some students, sports have also proven to help control the effects of mental health issues and reduce stress, as well as create a sense of connection and commitment. This means that many student athletes are experiencing increased isolation, anxiety, and depression in an already stressful time. The situation is likely even worse for high school seniors who, along with the already negative mental effects of everything being canceled, also have the worry about possibly losing opportunities their sports could have given them in the future.

Now, more than ten months after the pandemic began, MHS has some solid plans to bring back the sports students have missed. Although it will not be the same, getting back to sports will undoubtedly be a good thing and not only because it will be the start of everything finally getting back to normal.