Feeling Stuck on Your New Year’s Resolutions? You Aren’t Alone 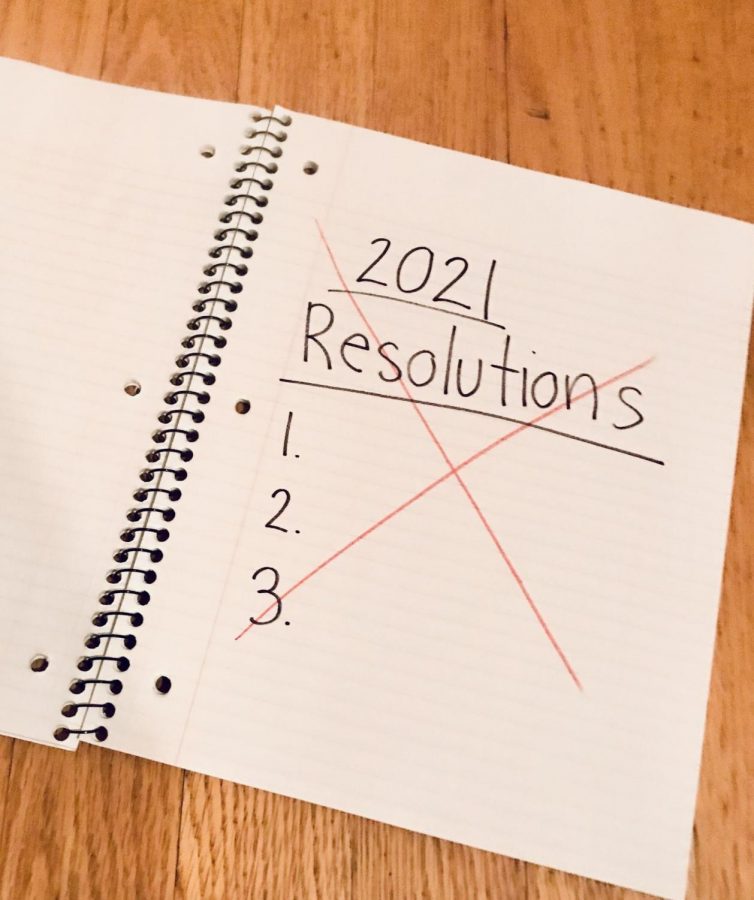 The time-honored tradition might not be all it’s cracked up to be: Research shows that 80 percent of Americans give up on their New Year’s resolutions altogether; as the end of February rolls around, it may be time to re-evaluate your yearly goals.

Ah, New Year’s. Sparkling lights, sparkling cider, and a sparkling new plan for all the things you are going to accomplish this year. Idyllic, right? But as we near the end of February, if you’ve given up on those shiny, sleep-deprived resolutions to do better and be better in the new year, you are not alone: so have over 80 percent of Americans. The “February slump” is real. In fact, only 8 percent of those excitement-fueled plans actually make it to the end of the year. I don’t need to say it, but I will anyway: these odds are terrible.

I’ve never really made New Year’s resolutions, despite all the hype behind them. This year, as people seemed to cling to the idea of them more than ever after the apocalyptic nightmare the last year has been, I puzzled over why. I’ve certainly felt pressured to, and maybe even felt guilt because I didn’t. But in the end, I was able to boil down some key aspects to my distrust of New Year’s resolutions.

Every year as Jan. 1 approaches, I feel myself getting anxious. I feel obliged to make some sort of plan to better myself in the new year, some sort of map with which I could measure my progress again. I felt the pressure to do all of that by Jan. 1, or the whole year would be a wash. Therein lies the first problem with New Year’s resolutions: the finality behind them. It creates this idea that this is the only time to set goals, and if you don’t start by Jan. 1, you might as well not start at all. While “new year, new goals!” has a certain poetry to it, the reality is, Jan. 1 is just another random day in the year. There is no reason you can’t decide to eat healthy starting March 27, or Aug. 5, or Sept. 18. When we create the expectation in our minds that goal setting must happen on the first day of January, we miss out on countless opportunities to make progress throughout the entire rest of the year. There is no reason to wait to start making progress until Jan. 1.

This same pressure causes us to make unrealistic goals for ourselves. When we think we need to set intentions for the whole year, we aim for the stars. We aren’t going to get anywhere if we only work out 3 hours a week for an entire year, are we? No, but we aren’t going to get anywhere working out 10 hours a week for three weeks, get fatigued and frustrated, and proceed to not work out for an entire year, either.

The popular question “how do you eat an elephant?” plays out well here. The answer? One bite at a time. In other words, you make progress through small, consistent actions, not huge undertakings. For most people, a year is far too long to be constantly focused on a goal. Science proves that a far more effective path is setting small, achievable goals that you reevaluate frequently. Maybe you decide you’ll work out for two hours a week in the month of January. You’re able to stick to that as it’s not too huge of a chunk to “chew” at once, and maybe by February you feel like you are ready to go to three hours a week, and so on, and by the end of the year you’ve built up to six hours a week. This is far more sustainable, and throughout an entire year of building your goals up you’ve created real, tangible progress. And next year? Sure, set your resolutions. But make Jan. 1 just the first of many checkpoints along the way. Because while the new year may be overhyped, overplayed, and overrated, progress is not.

So stop feeling guilty about getting further and further behind on those 2021 goals. If the “February slump” has hit you too, don’t get discouraged. Re-evaluate and adjust your aim, but don’t give up entirely. Life’s too short to wait to tackle that goal until next Jan. 1.