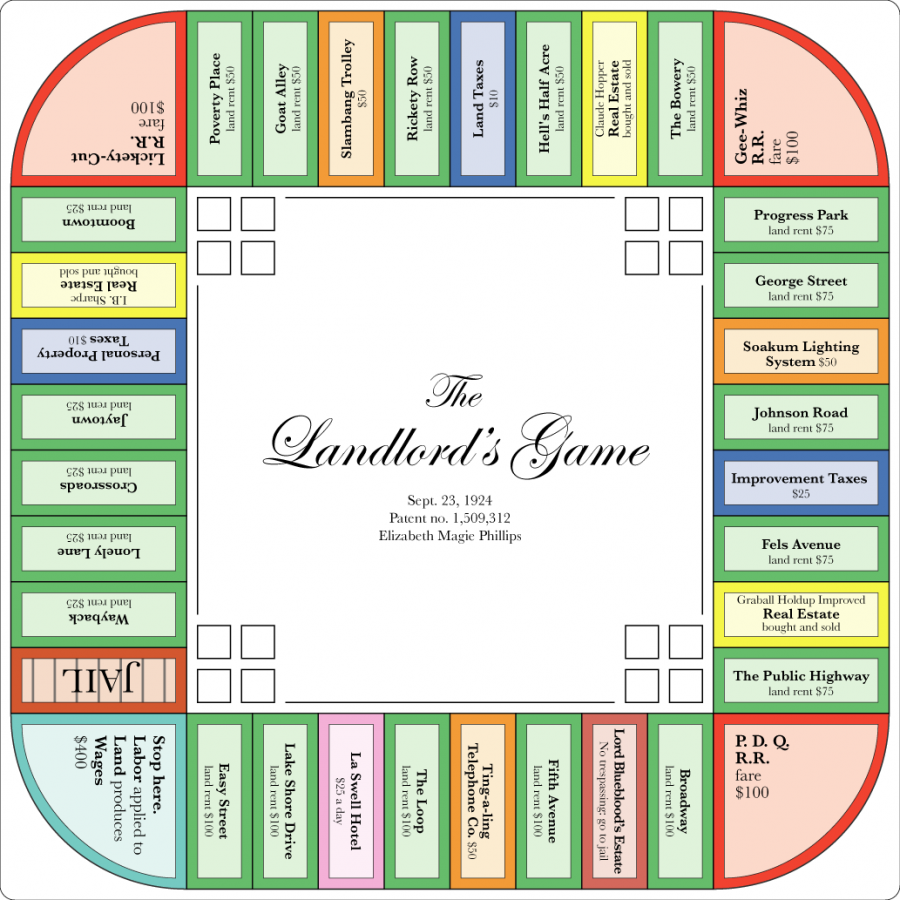 Board based off of Elizabeth Magie’s game “The Landlord’s Game.”

Though it may come as a surprise, many of the inventions and accomplishments that we appreciate in our day-to-day life believed to have been achieved by men were actually achieved by women. There have been many incidents throughout history where men have pushed successful women aside to take credit for their work. In honor of Women’s History Month, here are some examples of these accomplishments.
The Double Helix
Though it is widely believed that James Watson and Francis Crick were the scientists that discovered the double helix (the structure of the DNA molecule) it was actually Rosalind Franklin, a chemist who worked in London at King’s College in 1953. According to Nature, Watson and Crick took Franklin’s X-Ray photo of DNA fibers to use for their own double-helix model. Watson and Crick received a Nobel Prize for their discovery in 1962, and Watson eventually admitted to stealing Franklin’s work in his writing “The Double Helix.” Franklin unfortunately was not there to see it, as she had passed away from ovarian cancer in 1958.
Monopoly

Shockingly, it was not the Parker brothers who originally created the game Monopoly. The New York Times states that Elizabeth Magie, an author, feminist, and game designer, had originally formed this idea under the title Landlord’s Game. She had created it to show her disapproval of the large monopolists at the time. Ironically, Darrow decided to make a version that made this concept of monopolizing the name of the game and claimed it as his own. He eventually sold it to the Parker brothers, making them a fortune while Magie only made around $500 from her version of the game.
The Paper Bag Machine
Margaret Night, an inventor, was working for the Columbia Paper Bag company in 1868 when she had the idea to make an automatic paper bag folding machine. She began to build a prototype, and according to The Best Schools, a mechanist named Charles Anan visited her factory to scope it out. Realizing she had not filed a patent for her design yet, he quickly filed one for himself without Knight’s knowledge. When Knight eventually went to file her own patent, she discovered his betrayal. Luckily, Knight had an abundance of witnesses and was able to win back the patent in the end.

Of course, there are plenty more instances where men have taken women’s credit for great accomplishments in history. Despite all of the prejudice they faced, women like Rosalind Franklin, Elizabeth Magie, and Margaret Night still managed to pave the way for future generations of women inventors even from the shadows of the men who brought them down. We should continue to uplift women who have gone through similar ordeals and spread their stories and messages.