The Cardinal Chronicle • May 31, 2021 • https://mhscardinalchronicle.com/3481/arts-and-entertainment/bhad-bhabie-and-how-the-internet-grooms-troubled-teens/

Bhad Bhabie and How the Internet Grooms Troubled Teens 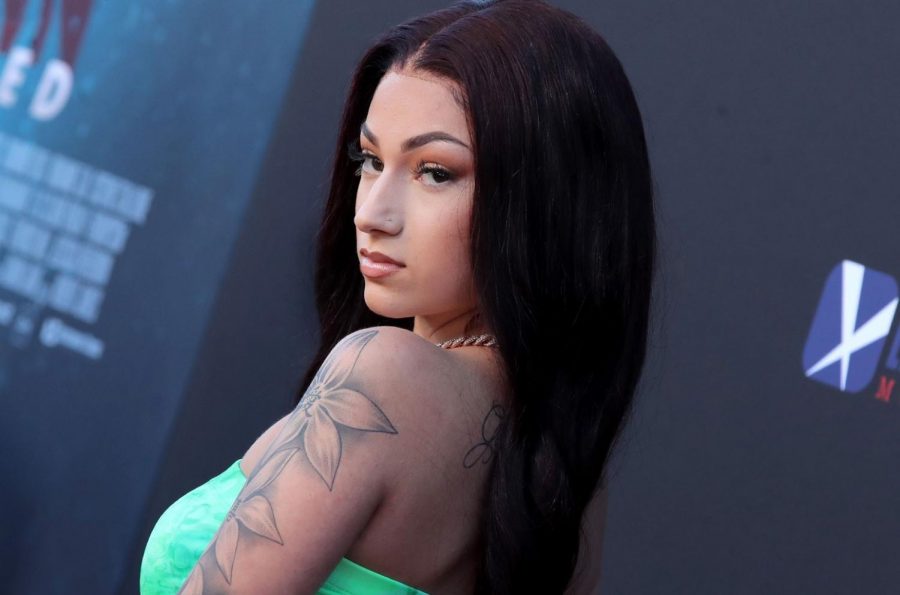 “Danielle was not only paraded around as a hardcore rapper, but also a little girl. Her being underage became a selling factor and a point of conversation whenever she was mentioned online.”

Child stardom is no new thing in America. It has been happening since television was invented, and as the harrowing trauma and impact that fame has had on these children starts unfolding, we realize just how dangerous it is to put a child under the spotlight for millions to see. Judy Garland, Britney Spears, Macaulay Culkin, and Amanda Bynes are just a few examples of child stars growing up traumatized, lost, and spiralling out of control. In extreme cases, this can even result in death.

There have not been a lot of prominent child stars on TV or in movies recently. Besides the “Stranger Things” cast, our TV shows are usually overrun with adults pretending to be teenagers. With child labor laws intensifying in the entertainment industry, conditions for children onscreen are getting better and better. The internet, however, is a completely different story.

YouTube, Instagram, and Twitter do not have these child labor laws, as the internet is a relatively new sphere. Regardless, child stars are already quickly becoming household names and making millions of dollars a year. Ryan’s World is a harrowing example of this. At just nine years old, Ryan Kaji is the highest-paid YouTuber of all time, making over $29.5 million a year. He has his own cartoon, a toy line, and even a toothbrush with his face on it. His parents have turned his likeness into an international brand recognized by little kids everywhere, making them millions of dollars every day.

Danielle Bregoli can also be considered a case of child stardom. Danielle did not get her start on the internet, at least not intentionally. She got her start by making an appearance on the Dr. Phil show, with her mother seeking guidance and therapy for her behavior and outbursts.  The “Cash me Ousside, How Bout Dat?” meme blew up in 2016 after her appearance on the show. People mocked her accent, her promiscuity, and her attitude publicly. She became a laughingstock, and she was ridiculed for a good part of the year. Bregoli left the show going to rehab for troubled teens, and she returned an internet sensation, garnering over 15 million Instagram followers.

Seven months after her appearance on the show, Danielle had decided to use her newfound social influence to become a rapper. She adopted the stage name ‘Bhad Bhabie’, and debuted her first single, “These Heaux,” in August 2017.  The video for “These Heaux” featured Danielle riding around in fancy cars, cussing all over the track, and being surrounded by older men, all at the age of 14. Danielle, by definition, became a child star. No matter how many cuss words she spat, cars she pretended to drive, or skin she showed, she would still be considered a child in the eyes of the law and, hopefully, those of legal adults.

Danielle was not only paraded around as a hardcore rapper, but also a little girl. Her young age became a selling factor and a point of conversation whenever she was mentioned online. The fact that she was a teenager made her even more interesting and tantalizing to the public eye. Before her eighteenth birthday, she had dated several adult men. She had even surrounded herself with the likes of Kodak Black, a rapper convicted of sexual assault.

Bregoli is a victim of exploitation. Danielle’s mother, Barbara Ann Bregoli, was her sole caregiver, and had Danielle’s name written on the deed to her house, which made Barbra Ann financially dependent on her daughter. Danielle and Barbara Ann have had public disputes, but Danielle had not yet been emancipated during that time. Her mother was still in charge of her career and pulling the strings behind her social media presence and music. Even Danielle’s estranged father, Ira Peskowitz, expressed his discomfort in his daughter’s career. Peskowitz has previously said, “She’s not famous. She’s a child that is being exploited.”

On March 26, 2020, Danielle Bregoli opened her OnlyFans on her eighteenth birthday. OnlyFans is a content subscription service where users charge a monthly subscription to see the content creators have posted and occasional extra charges for pay-per-view posts.

OnlyFans has little to no restrictions on what you can post or buy; the only rule is that you have to be over the age of 18 to post and purchase on the website. The website has been primarily used for sex work as a result of these lax restrictions. Danielle Bregoli’s page was no exception. A week after opening the account, she had amassed over $1 million in the span of six hours, officially breaking the OnlyFans record.

Many people flocked to her OnlyFans since they had been counting down the days until she turned 18, and Danielle knew this. She had posted a picture of herself in lingerie advertising her OnlyFans with the caption, “Saw your 6 million comments and now I’m answering your call […] We breaking all the rules.” She was fully aware of the obscene number of grown adults who had been lusting for her well before she was at the age of consent, and she had released the OnlyFans with the encouragement and grooming from these grown adults.

Grooming is the act of befriending and establishing a relationship with a child in order to lower the child’s inhibitions with the objective of sexual abuse. In this case, the established relationship is a parasocial one where Bhad Bhabie was being sexualized and encouraged to engage in sexual acts by her large, overwhelmingly adult fanbase well before the age of eighteen. While people claim that she has full agency over her sex work, it is clear that she has had many people pressuring her from the start of her career, including her own mother.

Danielle’s mother is financially dependent on her, through paying off her house and providing for her with the money from her career. With OnlyFans proving to be a very lucrative venture, it would seem that she had no choice but to open her account to be able to pay for and maintain her and her mother’s lifestyle while still satisfying her fanbase of adult men. Danielle was conditioned to always please the adult men that not only surrounded her, but also got off by her teenage image.

It is not a coincidence that Danielle came from a troubled background, either. She was raised in a single parent household and grew into, as Dr. Phil claimed, “a car-stealing, knife-wielding, twerking 13-year-old.” Her father has been out of the picture since she was two years old, and it hurt her development, as seen in the Dr. Phil episode she was featured on.

According to Darkness2Light, an organization focused on showing the reality of sexual abuse against children and teens, “Children who live with two married biological parents are at a low risk for abuse. The risk increases where children live with step-parents or a single parent … [as] they are 20 times more likely to be victims of child sexual abuse than children living with both biological parents.”

Danielle Bregoli was also abused mentally and physically by the facility that Dr. Phil had sent her to, called Turn-About Ranch. She claimed in her appearance on Breaking Code Silence, “You have to sit there for three days … They wouldn’t let me lay down for nothing. Like, I was falling asleep and they’re like, ‘Oh, get up, get up.’ So I’m just sitting here like, ‘This is gonna be really bad,’ when I see these people have no sympathy.”

Turn-About Ranch has also been turned into a meme by Dr. Phil fans and satirists, but it was revealed to be an abusive, apathetic facility. Hannah Archuleta, who was also sent to the facility after appearing on Dr. Phil, even sued the facility after allegedly being sexually assaulted by a staffer at the ranch.

Abuse runs in Danielle Bregoli’s story, starting from the age of 13. She deserves a fulfilling life away from the abuse of grown adults trying to control her and harm her. But this doesn’t just apply to Danielle, as she is not a one in a million case.

With sex work and OnlyFans growing in popularity and proving to make good money, it won’t be rare to see more and more fresh 18-year-olds involved with sex work in the future. While many see sex work as a legitimate industry, there is a problem as soon as minors and teenagers get involved. There needs to be protection for teenage girls from the idea that the only way to succeed is through their bodies, and society needs to start penalizing adults that encourage teens on OnlyFans or in any line of sex work.

Danielle Bregoli is not the first case of child sexual abuse and exploitation, and she definitely will not be the last. Danielle is criticized now, but hopefully, in years to come, she will be seen as a cautionary tale and a damaged girl who was taken advantage of.