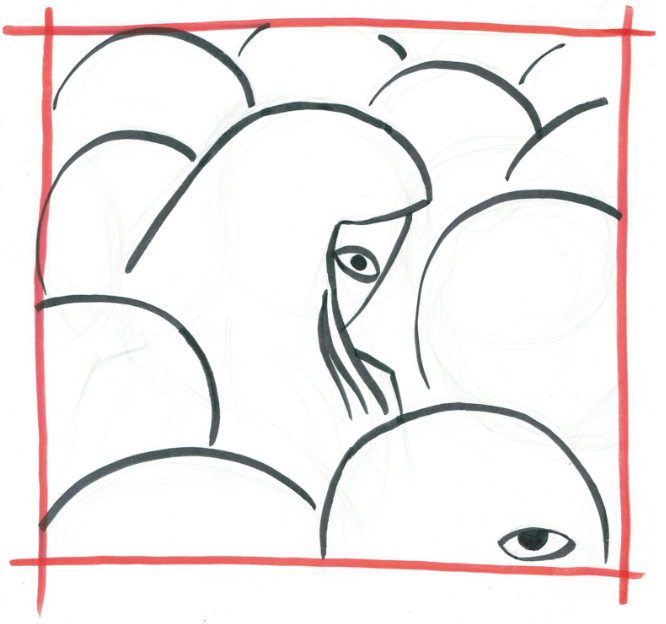 An illustration by MHS senior Jazmyn Babler depicts a person choosing not to turn a blind eye to rape culture.

Out of the Shadows: Shedding Light on Rape Culture at MHS

What is rape culture?

According to Vox, rape culture is “a culture in which sexual violence is treated as the norm and victims are blamed for their own assaults. It’s not just about sexual violence itself, but about cultural norms and institutions that protect rapists, promote impunity, [and] shame victims.”

Statistics from the Rape, Abuse, and Incest National Network (RAINN) show that every 98 seconds, an American is sexually assaulted. Every 11 minutes, that victim is under the age of 18. This makes sexual violence and rape culture prominent issues for high schoolers across the country, including at MHS. In late November, two Middleton students were arrested for the sexual assault of a 14-year-old-girl, according to WKOW News.

To shed light on these issues in our community, The Cardinal Chronicle over the past few months met with multiple MHS Students who volunteered to share their experiences with sexual assault and harassment. The stories in these articles are not a representation of every MHS student’s experience, but rather a snapshot of a problem that exists in our community.

All students who shared personal stories in the first four articles have been given pseudonyms to protect their anonymity and privacy.

The Cardinal Chronicle would also like to acknowledge that sexual assault, harassment, and rape culture affects all people, regardless of gender, race, or sexual orientation, and the stories shared do not represent every person’s experience.

This collection of articles has been brought together to show a comprehensive view of the multi-faceted issue of rape culture. As such, the reader may choose which articles to read depending on which topics they want to hear about first.

However, The Cardinal Chronicle designed the pieces with a narrative flow that can be followed by reading the articles in this order: “Rape Jokes, Sex Talk, and Unhealthy Messages”; “When Humor Becomes Harassment”; “‘Well, what did you expect to happen?’: The Backlash After Sexual Assault”; “Paper Versus Practice: How Admin Addresses Sexual Assault”; “Students Organize in Response to Sexual Harassment and Assault at MHS.” 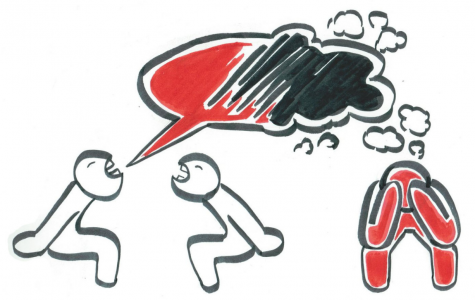 All students who shared personal stories in this article have been given pseudonyms to protect their anonymity and privacy.   “[We use] the word rape out of context. So not just as what it’s defined legally. Like, when we’re playing a video game, when someone defeats you, kills you, and stuff, you would say, ‘Oh, that guy got raped.’” Alan just described a rape joke: a c... 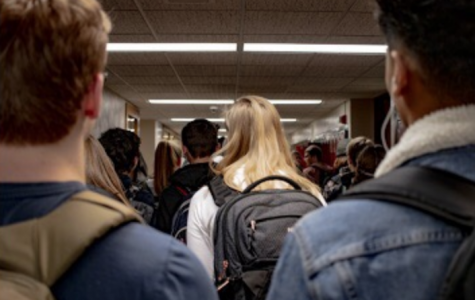 All students who shared personal stories in this article have been given pseudonyms to protect their anonymity and privacy.   If you asked an MHS student whether they have ever seen sexual harassment at school, they would probably say yes. A 2011 study found that “sexual harassment is part of everyday life in middle and high schools. Nearly half (48 percent) of the students surveyed experienced some form of sexual harassment in the 2010–11 school year.” The ... 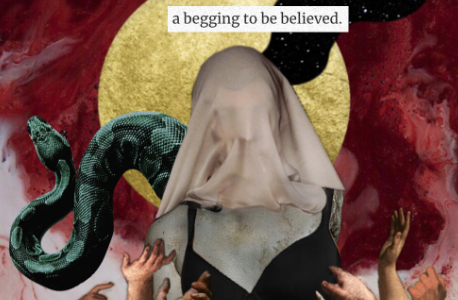 ‘Well, What Did You Expect to Happen?’: The Backlash After Sexual Assault

All students who shared personal stories in this article have been given pseudonyms to protect their anonymity and privacy.   Bianca was in Seattle when it happened. “This last summer, I was at my friend Sadie’s house - she lives in Seattle with her now-boyfriend and his best friend,” Bianca said.  The four of them were hanging out together. “Throughout the night, things start... 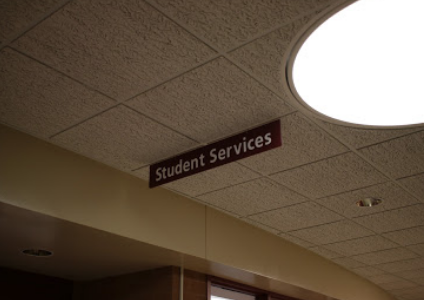 All students who shared personal stories in this article have been given pseudonyms to protect their anonymity and privacy.   In our last three articles, we heard stories from MHS students about rape jokes, sexual harassment, and sexual assault. Now, we are going to explore what happens when a student reports an incident to the school administration.   Policy and Procedure:...

Students Organize in Response to Sexual Harassment and Assault at MHS

“The girls at Middleton have reported people for harassment and assault, but not enough has been done,” Grace Madigan declared over a crowd of 180 students huddled together outside of Middleton High School’s front entrance in frigid 25-degree weather. The November 19 protest, organized by Porsha Hanifl, an MHS senior, and Ozzy Benitez, a junior and former MHS student, was a response to the s...