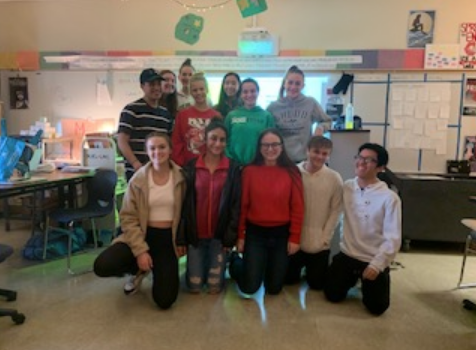 The club’s first topic was climate change, which brought in many interested members.

Vashima Ahuja was tired of seeing people being treated unjustly in the news – and she was tired of people her age not knowing about the human rights violations happening across the world. Her new club, Amnesty International, aims to change not only our school’s culture, but also improve the lives of those who are struggling against inequality, no matter where they are.

The Middleton High School chapter of Amnesty International uses a monthly system. Each month, the club has an Awareness Meeting where members learn about and discuss a new issue. “I‌ want to create a space of open conversation in the club,”‌ Ahuja explains. She believes that having different voices helps members further understand of the problem.

After the Awareness Meeting, the club has Civil Meetings for the month, where members have a say in what they will do to fight against the issue. This can be something as small as sending out tweets to raise awareness, writing letters to politicians, or holding larger campaigns and fundraisers. What the club does each month is very flexible and depends on the specifics of the problem they are learning about.

Not only does the club want to change things in the areas they are learning about, but they also are “trying to make the school better, too,”‌ Ahuja adds. “My main goal is to create a space where people can talk about these things and be informed about these things, and then hopefully educate people outside of the club . . . being open and unbiased, focusing on the human rights of it all.” By educating not only members but general students at MHS through awareness campaigns run through announcements, posters, and even class events, Vashima hopes that the high school will become more aware of human rights violations and what we as students can do to stop and prevent them.