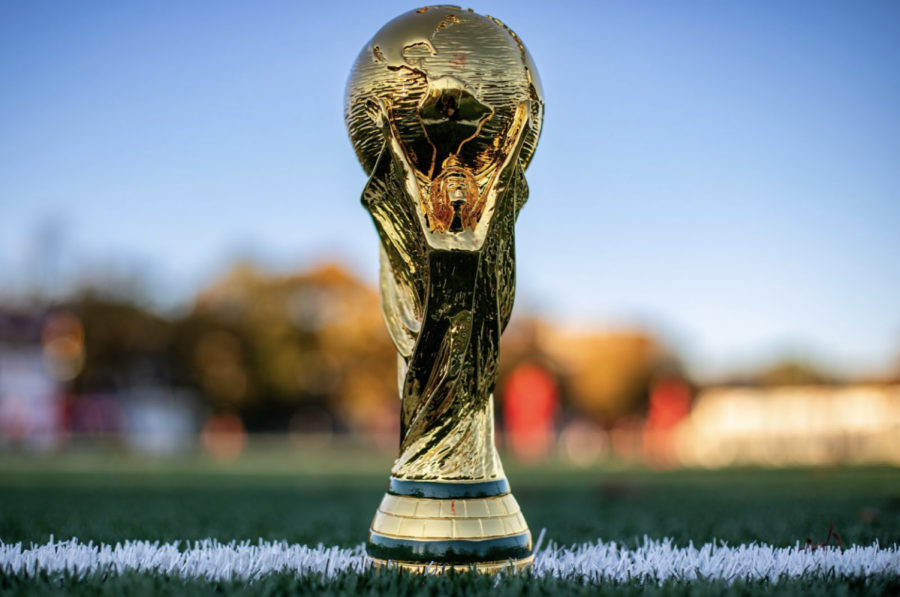 2022 FIFA World Cup: A Catalogue of the Games I Watched (Quarterfinals and On)

Hello everyone! It is I, Mawuenam Dossa, your 2022 World Cup guide! This has been a very anticipated World Cup. There are many stories of national teams like Russia being banned from participation; Italy, the European Champions, failing to qualify; Oceanic countries not qualifying for the third World Cup in a row and the United States playing some old rivals. This is going to be a great tournament!

But first a pause: While soccer is an amazing sport to watch, a review of this World Cup would not be complete without mentioning the horrid conditions that many workers endured to make this World Cup possible. Nearly 500 people died building the infrastructure, stadiums and other facilities needed to host Qatar’s World Cup, with other unconfirmed counts putting that number in the thousands. Many fans are against the World Cup this year because of this tragedy, and justifiably so.

The World Cup is structured in several stages. The first stage is the group stage. The group stage matches involved the 32 group stage-qualifying teams who played in groups of four to advance on to the World Cup. For example, Group A contained Qatar, Ecuador, Senegal and the Netherlands. They all played each other in three matches and the top two in that group, in this case Netherlands and Senegal, continued to the round of 16. The rest of the World Cup is just like an elimination tournament, starting from a round of 16 to the finals and the third-place game.

Brazil versus Croatia was the most important game of the quarterfinals. The two teams entered the game with a record together of 3-2-0. They last played each other in a friendly match where Brazil won 2-0. The teams were also pitted against each other at the 2014 World Cup where Brazil won 3-1. However, Brazil later lost to Germany 1-7 in the semi-finals. Back then Germany was ranked second and Brazil th...

A long history of war and rivalry meets once again on the soccer pitch. England numerically had beaten France 17 times in 31 games, but most of those wins were in the 20th century. Recently, France has been beating England more and more. They last met in the World Cup in 1982, where England won 3-0, but this was a different time.  France has smart players like Olivier Girou and powerful players...

The quarterfinal game was the next part of Morocco’s dream run. This time they played the tough Portugal, the ninth ranked team, as the number 22. This really did not mean much, though, as Morocco had already upset the number six team, Spain, 0-0 (3-0) in the round of 16. The Moroccans beat a statistically better team once, and now it was time to see if they could do it again.  Despite Moroc...

Argentina was statistically more likely to win in their quarterfinals match against the Netherlands. However, there had already been an upset in the Brazil-Croatia game, so nothing was sure. The game was still going according to plan in the 69th minute as the score was still 0-1 Argentina.  Messi took a penalty kick in the 73rd minute, and it was a clean shot, slightly right of center, that Dutch goalie ...

France was the superior team going into this match, but Morocco was a fan favorite. Morocco had already had two upsets against Spain and Portugal to make their way to the semifinals on Dec. 14, and they were the first African team ever to make it to a World Cup semifinal. France had ruined the plans of England with their 2-1 win in the quarterfinals on their way to this semifinal match. France had enj...

Going into this game, I expected Argentina to win, but only by a slim margin. They have several good strikers and, of course, Lionel Messi. The Argentines also have a semi-decent defense and a solid goalie who had demonstrated his skill in the last match against the Netherlands, which went to a penalty kick shootout. Croatia also has great midfielders and Luka Modrić, a midfielder for Real Madrid an...

Morocco versus Croatia was the second to last match of the World Cup. Morocco, the black horse of the tournament, beat out the expected winner, Croatia. Morocco beat team after team: Spain 0-0 (3-0) with the penalty kick and even Christiano Ronaldo's Portugal 1-0 in the quarterfinals before losing to the unbeatable 2018 World Cup winner, France.  Croatia was a team that had also made some upsets on their side ...

The most important game of the tournament: the final.  The new crowd favorite, Argentina, was a two-time World Cup winner that had not won since 1986, a team that fought time and time again to make it to the finals but had their attempts thwarted each time. The team hoped to help Lionel Messi, one of the best players in the world, achieve his goal of winning the World Cup in his fifth and fina...

This was a great World Cup to watch. Many goal records were set, broken or both. The games, the upsets and the drama made it a Cup that even non-soccer fans had to at least check out. As an Argentina fan, I am ecstatic that they won, but France will definitely come to the next World Cup with a goal: to win the World Cup again.  The final ceremony had many emotions as Argentina's players, fans and enti...